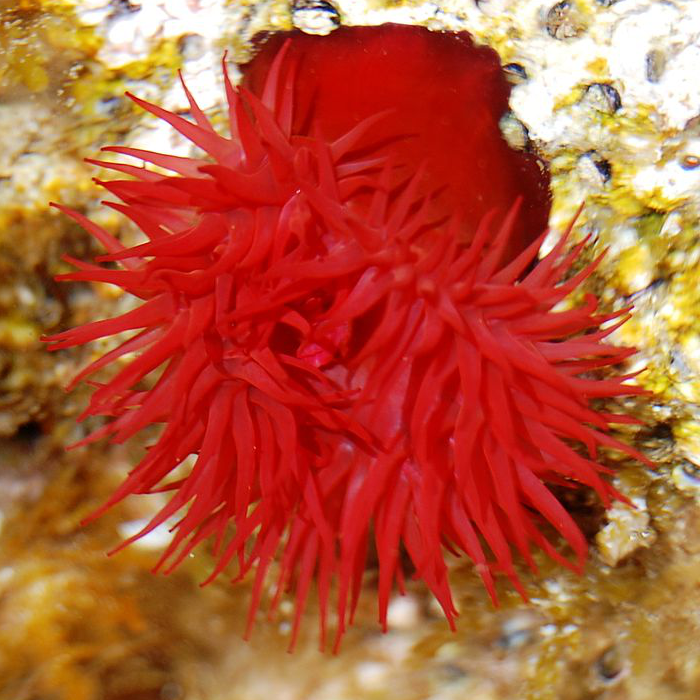 Its range extends to the Mediterranean Sea, and along the Atlantic coast of Africa as far south as South Africa. Actinia equina can be found both in exposed and sheltered situations. It is highly adapted to the intertidal zone as it can tolerate both high temperatures and desiccation.[2]

Display your data in Ensembl Metazoa

What can I find? Protein-coding and non-coding genes, splice variants, cDNA and protein sequences, non-coding RNAs.

What can I find? Homologues, gene trees, and whole genome alignments across multiple species.

This species currently has no variation database. However you can process your own variants using the Variant Effect Predictor: